WHAT I LEARNED ABOUT LEADERSHIP AND EMOTIONS 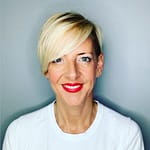 Many years ago, when I first started out in my retail career I was told that showing emotions was an absolute NO NO when leading a team of people. My mentor was so clear on this I was twenty-four and brand new to being a manager so I took this advice seriously.

As my career as a retail manager grew, I really tried to stay emotionally detached from the people I managed and for the most part it worked. I would specifically focus on not using the words like and dislike because these seemed very emotional words and I didn’t want my team to feel that there was any favouritism or biased personal relationships being built. I really took to heart what my mentor had said and was actively pursuing building my career and influence. I even remember coaching other leaders not to use these two very emotional words. I was very conscientious about this and was very proud of myself when I made it through a week and had not used these words when communicating with my team. Looking back now, 10 years later, I cringe when I think of this and I am going to tell you why.

People work for people, this might sound a bit cliche but it is absolutely true. People learn and listen to people that they like, and are more open to hearing feedback and being mentored when there is a personal relationship of some kind being built. Its a fact that leaders who have the ability to connect to the hearts and minds of their team members build higher performing teams, stronger results and attract top talent to join them in their endeavours.

However despite the advice I was given I always did my best to be an empathetic person and could almost always identify with my team. Importantly, I had the ability to put myself in their shoes. But I stuck to the rule of not getting to know them personally. I always thought that if I let them in and showed who I was that it would create a problem that it would become a weakness. I know that there is a fine line between giving your team a glimpse of who you are. I am not talking about partying together and taking holidays together, but there is also a way to let your team know you so they see you as a human being not just the boss.

I had been leading and managing people for around 10 years when I learned this truth.

And funnily enough it felt like a weight had been lifted from me and I could finally connect with my team members the way I had naturally always wanted to. Call it Canada where people are more relationship driven where I learned that not doing this actually could stall your team efforts from producing at a very high level When I reflect back on what my mentor was trying to teach me, I think she was just trying to teach me not to make decisions based on ones emotions. This makes complete sense as a leader its not fair to make personal judgment calls on who you lead based on if you like or dislike them. It is important to understand people you lead and assess if they are able to do what is being asked. Sometimes our personal biases can get us in hot water if we are not aware of it. It is important that you take on the responsibility of their leader and act with professionalism at all times when it comes to making decisions about someone elses career.

It is important to measure passion and commitment and these are emotional behaviours. It is also important to be perceived as an empathetic leader. Many times in the early days I was perceived as not being empathetic, which was due to the coaching I had received and how I acted on it.

What is the difference between sympathy and empathy? Being sympathetic means you acknowledge a persons problems and provide comfort and assurance. Being empathetic on the other hand means that you understand because you put yourself in their shoes. But putting yourself in someones shoes for a moment does not mean becoming that person.

There is a significant difference when it comes to being a level 5 leader as John C Maxwell describes in the book Developing the leaders around you a Level 5 leaders understand and know how to act with empathy showing that they care. I believe this is one of the most critical skills for connecting with the heart and minds of the people you lead.

Now, if you were like me and were trained or coached to never show your emotions then you may find it difficult to show empathy in any given moment, but if you can unlearn those stalling behaviours in your own leadership you will see the difference in how people respond to you.

Yes leading a team is a big challenge and one that should not be taken lightly, and unlearning and learning new ways of leading can be pretty scary when you have been doing the same thing for years, but if you want your leadership to gain influence in the next generation then there really isn’t any other way to go.

Whenever I interview and meet other retail leaders in the industry I always review if they are losing influence or gaining influence. This is a key indicator in your ability to grow followers or lose them. This determines a leaders effectiveness and the ability to connect with the hearts and minds of their people.People that work for you will never remember you if you can’t do this and it will become abundantly obvious that your teams will only function at a bare minimum capacity compared to what they can achieve.
So next time you talk to your team, complete an assignment or work together on achieving your goals. Take a moment and loosen up. It wont kill you to let them know a little more about you.
Download Best WordPress Themes Free Download
Free Download WordPress Themes
Download Premium WordPress Themes Free
Premium WordPress Themes Download
udemy free download
download mobile firmware
Premium WordPress Themes Download
download udemy paid course for free

What does it mean to pivot?

END_OF_DOCUMENT_TOKEN_TO_BE_REPLACED

3 probing questions you should ask every candidate.